Blessed are the peacemakers,

For they shall be called the children of God.

May 17, 2020.  With concern over the categorization of Cuba among the countries that do not fully cooperate with the anti-terrorism efforts of the United States, we regret that the Colombian government undermines the role of the Cuban state as guarantor in peace processes, a message that has spread implicitly to national and international parties.

Dishonoring the commitments of states within the framework of international law, such as the protocols negotiated with host countries, guarantors, and supporters of peace processes to end violence through a solution sought through dialogue, encourages war and marginalizes any effort at facilitation or mediation.

DiPaz invites the churches in the United States that have unconditionally supported the peace efforts in Colombia to ask their country’s legislators to respond to President Trump’s grave decision, which has repercussions on life and peace.

Colombia requires reflexive vision on the importance of dialogue in order to build public imagination and narratives in favor of peace. For this reason, it is important to be able to count on the solidarity and contribution of parties, such as guarantor countries, to the efforts made by various sectors of society to protect life through inclusive actions and through seeking a negotiated solution to the conflict to stem the acts of violence that have impeded affected communities from rebuilding their lives, a necessary condition for overcoming violence.

We hope that the gloom of these times can be overcome with hope and persistent struggle for the right to peace. 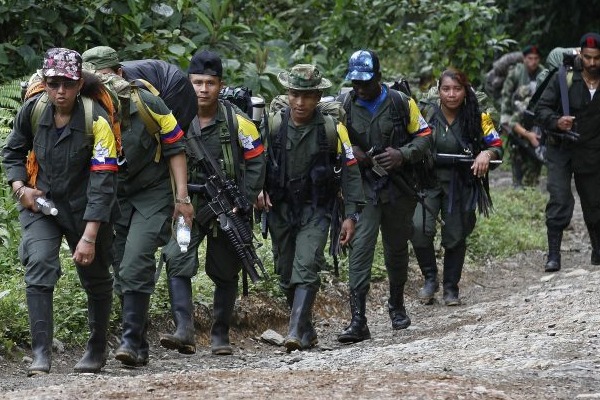