A delegation comprised of two church leaders and a victim of death threats who lost family members due to the conflict in Colombia was hosted by the World Council of Churches (WCC) in New York, 27-30 May. All three spoke with member states of the United Nations Security Council about the worsening situation in relation to the peace accords with the Revolutionary Armed Forces of Colombia and the stalled dialogue with the National Liberation Army.

Bishop Atahualpa Hernandez, President of the Evangelical Lutheran Church in Colombia, Rev. Milton Mejia, of the Presbyterian Church in Colombia, and Nidiria Ruiz Medina, from the Inter-Church Commission on Justice and Peace, went to the United Nations to advocate for full implementation of the peace accords, protection of human rights defenders, and resumption of the dialogue with the National Liberation Army. They are all members of DIPAZ, the inter-church platform of dialogue for peace in Colombia.

“The situation is growing worse in Colombia. There are whole regions where the government is not present to protect the people. Seven hundred human rights defenders and ex-combatants have been killed in the past two years”, said Nidiria Ruiz Medina, a victim of the conflict from the Naya region. Her main concerns are the protection of human rights defenders, the important role of women in the peace process and the protection of the land rights of indigenous people.

“Corporate entities contract with paramilitaries to force unarmed people from the land. The land is then stolen to be used for corporate enterprise and private interests”, she said. “This displaces whole communities of indigenous people and residents. We are calling on the government to fulfill their pledge of protection.”

The DIPAZ delegation met eight member states of the Security Council and the United Nations department of Peacekeeping and Political Affairs.

During a meeting with the ambassador of Equatorial Guinea, they received assurance that the council is united in wanting to see the full implementation of the peace accords.

During a public event held at the Church Center, on 29 may, Mejia expressed his concern that the Colombian government is proposing to amend the peace accords with the Revolutionary Armed Forces of Colombia unilaterally and that certain governments assume that any organisation that seeks dialogue with the National Liberation Army is colluding with terrorists. “We stand firmly against all forms of violence.  We stand for peace”, he said. “The Gospel compels us to promote peace with justice and to pursue reconciliation.”

And from Bishop Atahualpa Hernandez, “We are calling the international community to support Colombia in the full implementation of the peace accords, to support the protection of human rights defenders and ex-combatants, and to resume the dialogue with the National Liberation Army.”

“In the case of Colombia, it is important that the advocacy and positions of the churches be heard both in the restructured United Nations Department of Peacekeeping and Political Affairs and in direct face-to-face meetings with the ambassadors who sit on the security council”, he said. 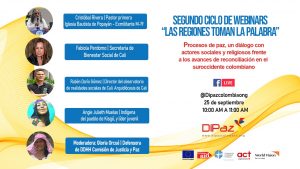 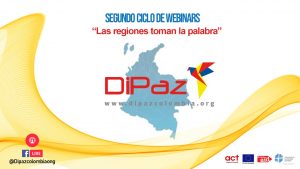